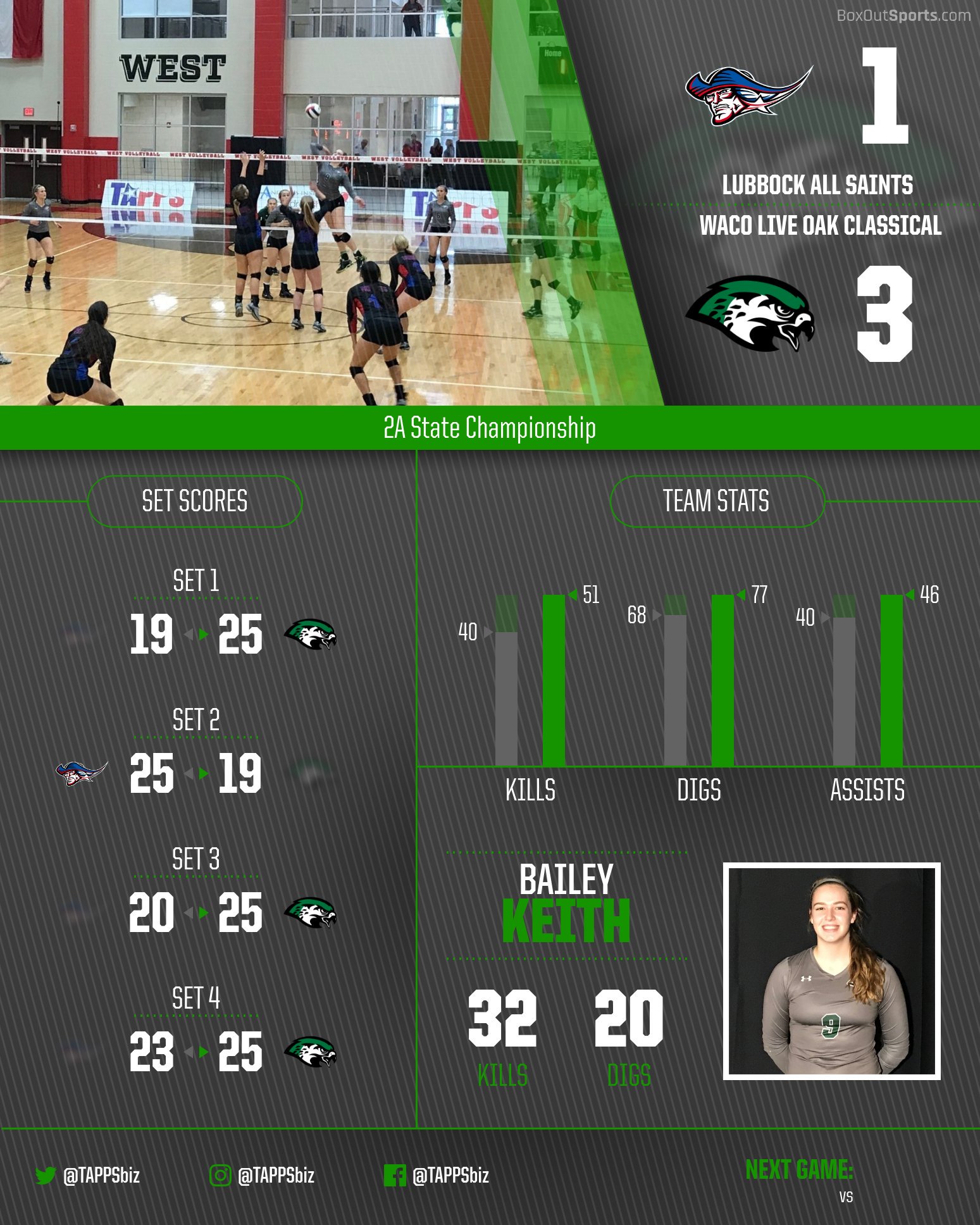 Bailey Keith (18 Molten) and her Live Oak teammates topped Lubbock All Saints for the 2A State Championship title. Bailey had 32 kills and 20 digs in the match! 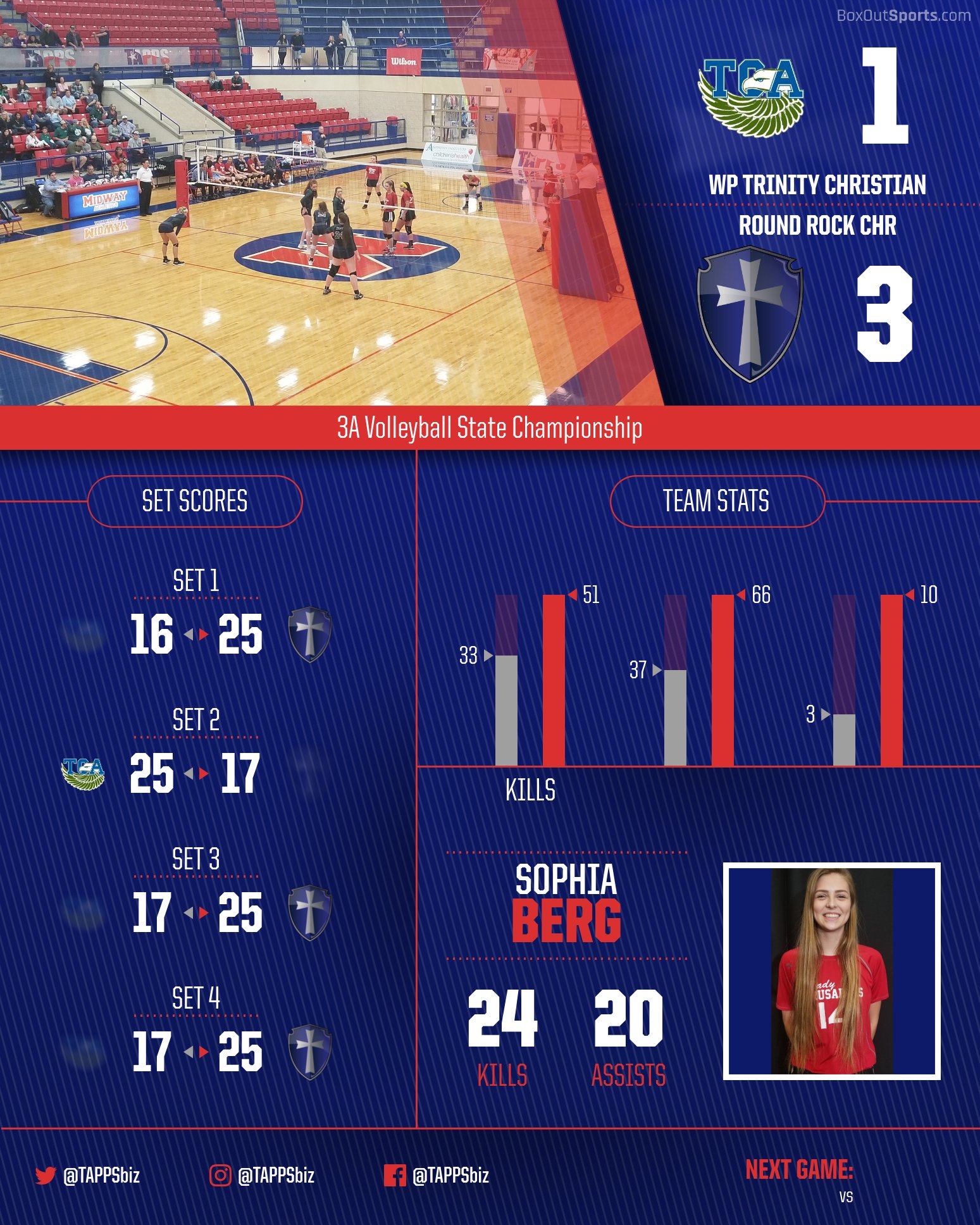 Hear what Sophia Berg and Maggie Schlueter of @RRCAthletics had to say about their upcoming 3A Volleyball State Semifinal Match today! pic.twitter.com/bTgdvlSdUD